I spent a few hours this morning relaxing after a week full of surprises, challenges, and time spent with some of my absolute favorite women in this world.  I chose to watch Julie & Julia again, as it has been many months since I had done so.  I have to admit that I prefer the parts about the awe-inspiring human being that was Julia Child,  so I skipped over the Julie parts this time.  While I’m happy that things turned out well for Julie,  Julia is the one who inspires and amazes me. 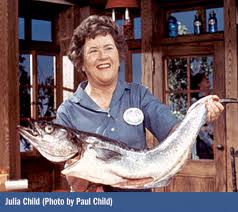 I feel a strong connection to Julia. Have I mentioned that to you  before? I remember being at my grandfather’s house (we called him Granddaddy) and smelling foreign scents coming out of his little kitchen and wondering what he could possibly be making! Mama’s kitchen smelled variously of fried chicken, cabbage, fried Gulf shrimp, and baking biscuits.  Granddaddy’s smelled like wine and herbs de Provence, things that weren’t found in our home.  It was exciting, and sometimes intimidating.  The food was; not Granddaddy. He was one of the most sweet and loving human beings I’ve ever had the blessing to know.

The association that I have made in my mind between Julia and Granddaddy started when I, as a child, would go to his house and his television would be tuned into PBS.  (With Granddaddy it was either PBS or whatever channel he could find Star Trek on.)   Sometimes Julia would be on, and I marveled at her funny voice and how she would occasionally drop something and laugh and say “remember, you are alone in the kitchen; no one will ever know.”  I liked that.  She was unique, and real.

Granddaddy admired her, too.  He bought her brilliant Mastering the Art of  French Cooking in the ’60s, and cooked from it, evidenced by his notes in the margins.  My mother gave it to me after he passed away, and I treasure it. 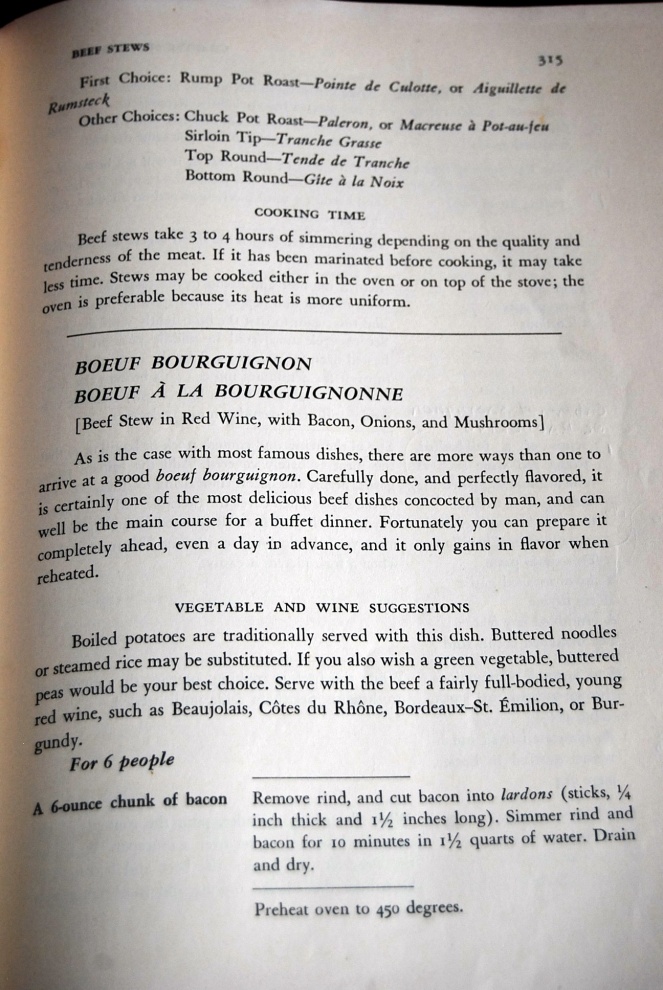 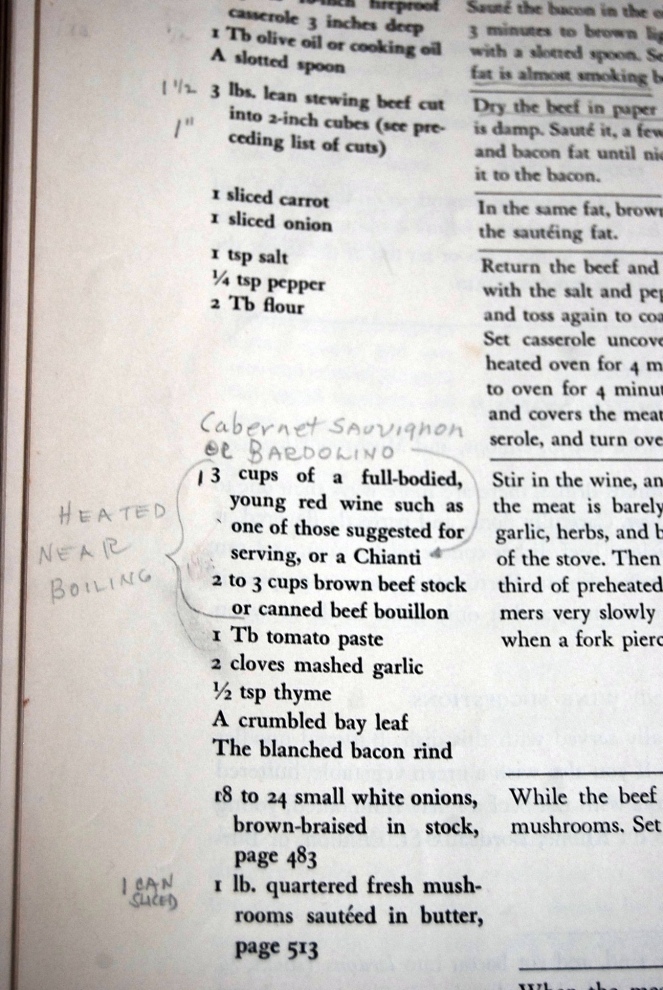 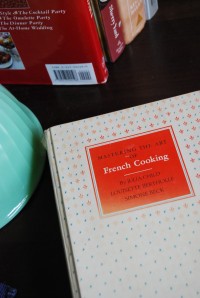 For some reason, this connection I’ve made between the two of them comforts me.  Perhaps because when I watch Julia’s shows on my DVR, it’s like visiting with her, and makes me feel Granddaddy’s presence for a bit, too.  They really did have  a lot in common: both were lifetime learners, were kind and loving people, and were talented and intelligent.  Both worked in some capacity for the government during trying times in our country. (Granddaddy was an engineer for GE and worked on bombs for the U.S. in the late 1950s.) Both have passed away, sadly, and I wish that I could know them now, as an adult. Since I can’t, I’ll do my best to keep memories of them alive in me by continuing to learn, cook, and grow as a person.

Granddaddy’s birthday was the other day, February 25.  Here is what I might have made for him if he could have been with me that day:

This extremely good dessert is a thick, rum- and apricot-flavored apple purée piled into a cylindrical mold which has been lined with butter-soaked strips of white bread. It is baked in a very hot oven until the bread is golden brown, and is then unmolded. For the sake of drama, the mold should be 3½ to 4 inches high. Be sure to pick the right cooking apples and that your purée is very thick indeed, or the dessert will collapse when unmolded.

Quarter, peel, and core the apples. Slice them roughly into 1/8-inch pieces. You should have about 4 quarts. Place in pan, cover, and cook over very low heat for about 20 minutes, stirring occasionally, until tender.

Uncover and beat in the apricot preserves, sugar, vanilla, rum, and butter. Raise heat and boil, stirring almost continuously until water content has all but evaporated—20 minutes or more. The purée should be a very thick and fairly stiff paste which holds itself in a solid mass in the spoon.

Pack the apple purée into the mold, allowing it to form a dome about ¾ inch high in the middle. (It will sink as it cools.) Cover with 4 or 5 butter-dipped bread strips. Pour any remaining clarified butter over the ends of the bread around the edges of the mold.

Set in a pan (to catch butter drippings) and bake in middle level of preheated oven for about 30 minutes. Slip a knife between bread and sides of mold; if bread is golden brown, the charlotte is done. Remove from oven and cool for 15 minutes. Reverse the mold on a serving platter and lift the mold up a few inches to see if the sides of the dessert will hold. If there is any suggestion of collapse, lower the mold over the dessert again; it will firm up as it cools. Test after 5 minutes or so, until the mold can safely be removed.

Boil the apricot, rum, and sugar until thick and sticky. Spread it over the charlotte. Serve the dessert hot, warm, or cold, with the optional sauce or cream.

I know he would have loved it.

9 thoughts on “My Grandfather, and Our Love for Julia” 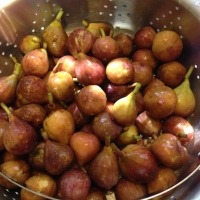 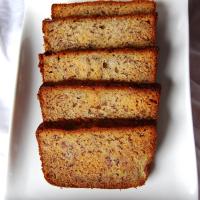 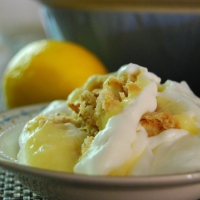 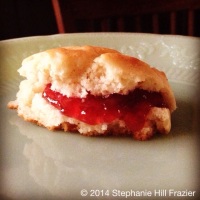 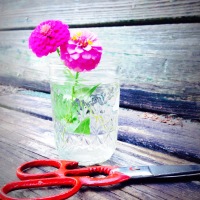 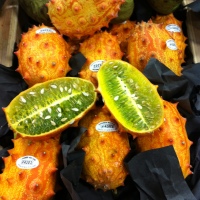