Remember those chilly mornings when your mom would tear open a packet of instant oatmeal with apples and cinnamon flavoring, pour it into a bowl and add hot water? Or maybe she would stick it in the microwave?

Okay, I will admit, I really did like that when I was little. It was sweet, and it was warm on chilly mornings. (yes, even in Northwest Florida, it got cold for awhile in the winter!)

The other day, I was craving that warm, apple-cinnamony flavor. It is such a comforting food to eat. However, the version I made tasted much better than those little tear open packets.

As you probably know, when oats are stripped down enough to make them “instant,” a lot of texture, not to mention nutritional goodness, is stripped away. So now, I buy steel cut oats or old-fashioned oats. They are good, too.
There is something about steel cut oats that I really love; they have sort of a roundness, and when you bite into them, they almost seem to pop in your mouth a little bit. It’s hard to explain.

The only problem is they take longer to cook. Old-fashioned oats are much quicker, and still have great texture and more nutritional value. So give them a try! Everything doesn’t have to be super fast, right? Instant food, in general, is nowhere near as good for you.

Mama Steph’s simple Apple cinnamon oatmeal:
One cup of oatmeal that has been cooked according to package directions (make sure to sprinkle in salt when you’re cooking oats or they will be bland.)

One thought on “The real deal apple-cinnamon oatmeal” 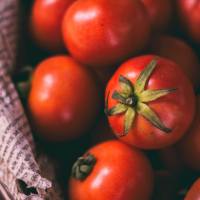 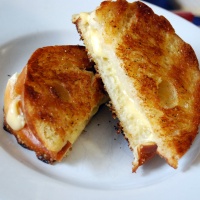